Ru
To Tip or Not to Tip?
Tipping culture in America is unique and filled with unspoken rules that can be confusing for foreigners (and sometimes Americans too!). Let’s look at some of the do’s and don’ts of tipping.
Why do Americans tip all the time?
In other places around the world, tipping is only done if someone receives exceptional service, but in America, it’s common practice. Originally established as a way for managers to justify underpaying workers, today Americans tip in many different situations. There are no official laws or rules about tipping in the United States, it’s more social etiquette and practice than anything. There are no consequences for not tipping, though workers may consider you rude, or feel that they are doing a horrible job. So, if you’re unsure, just remember that something is better than nothing!

But why is tippng practiced in America more than other places? One reason perhaps is the consistently low minimum wage. America is thought of around the world as a wealthy nation, but the reality is that many do not make enough to live, despite working full-time. In 2009, the federal minimum wage was raised from $6.55/hour to $7.25/hour. Since then, the minimum wage has not risen, even though the cost of living continues to rise. As a result, many people work 40 hours or more per week at minimum-wage jobs and are still unable to support themselves. To put it in perspective, a recent study by the National Low Income Housing Coalition showed that a full-time worker making minimum wage cannot afford to rent a one-bedroom apartment in 95% of American counties. Therefore, tipping in America is less of a sign of impeccable service, and more of a way to ensure that these workers are able to survive and afford their needs. 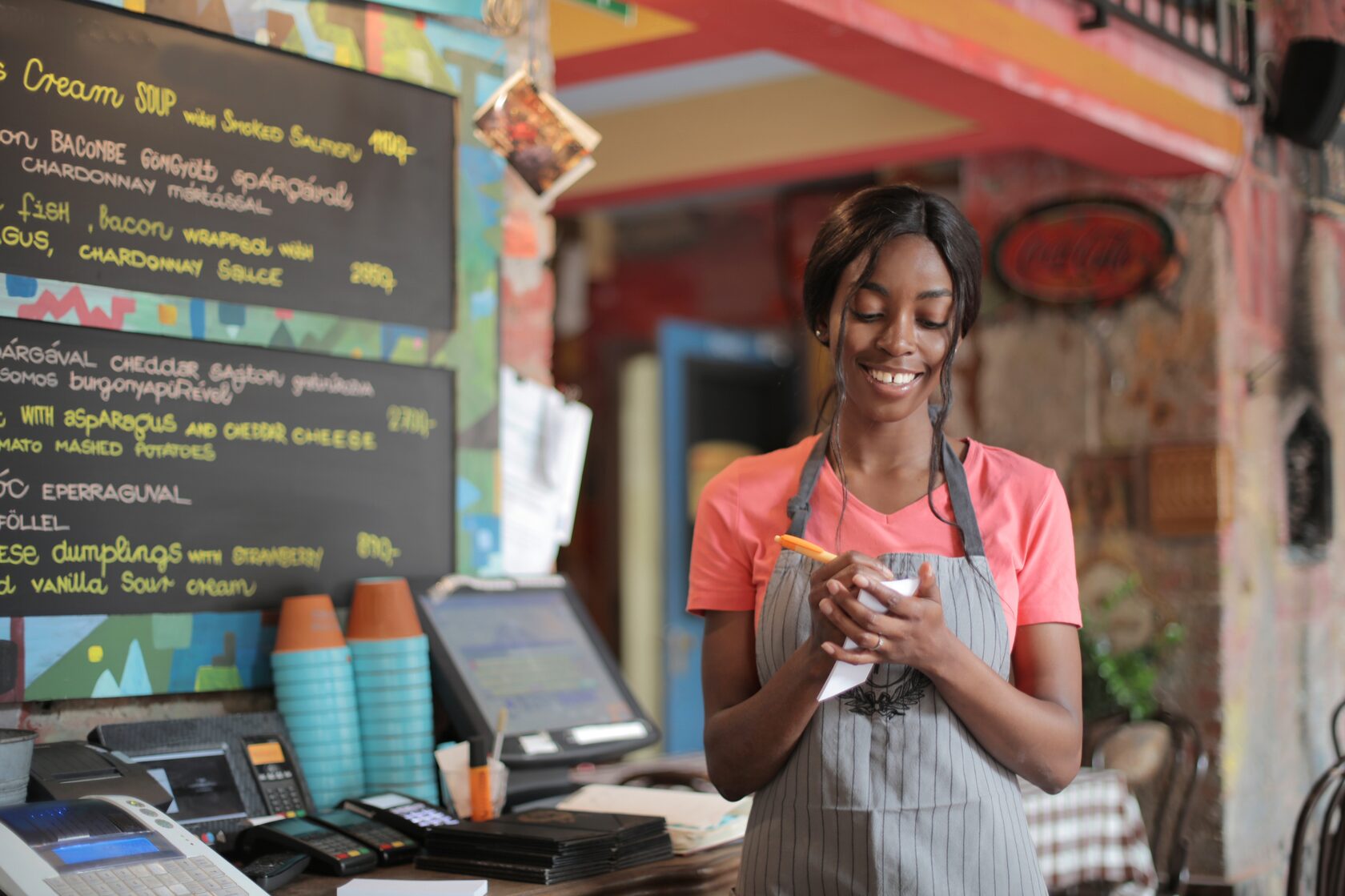 The most important places to tip are restaurants and bars. In most states, restaurants are allowed to pay tipped workers far less than the minimum wage, as they expect that their tips will make up for the lost income. To get a better idea, let’s look at the numbers. The federal minimum wage in the United States is $7.25/hour, while the minimum wage for tipped employees is $2.13/hour. In your country, people might only tip when they receive exceptional service at a restaurant. But, in the United States, waiters and waitresses depend on tips as their source of income, as they are making much less than the average American worker. In this case, it is customary to tip about 20% of your bill at a restaurant. So, if your meal came to $20, it’s good to leave about $4 for your waiter or waitress. Some people leave more if the service was exceptionally good, and some leave less if it was exceptionally bad, but 18-20% is the standard. It is uncommon and considered very rude to leave absolutely nothing. You can either leave the tip in cash, or write in the tip on your receipt for the server to add to your card after you leave. While it is not incredibly common, some restaurants will include the tip in the price. If you see the phrase “Gratuity included” on your bill, you do not need to leave a tip. Overall, if you sit down to eat in a restaurant or ordering drinks at a bar, expect to leave about 20% of your bill for your server or bartender.

Next, let’s talk about some of the other situations where you may be expected to leave a tip. Beauty services are almost always tipped. If you get your hair cut, your nails done, or receive any sort of spa services, tipping 20% is customary. Food delivery is also typically tipped 20%, so if you order pizza or Chinese food to your home, be ready to hand your delivery driver a few bucks. Private transportation services are also tipped. This does not include city buses, or metros, but if you take a taxi or an Uber, you should also leave around 20% for your driver. Rideshare apps in the United States such as Uber or Lyft have a feature where you can easily add a tip to your electronic payment at the end of your ride, but you may want to have some cash ready if you’re taking a traditional taxi. Last, Americans often tip in hotels. If a bellboy helps carry your luggage to your room, they may expect a few dollars for their trouble. Similarly, it’s polite to leave some cash on the table in your hotel room for housekeepers when you leave. If you’re unsure, try to think if a service was performed by another person for you. If this is the case, it may be polite, or even expected, to leave a tip.

Some examples of places where most people don’t tip are fast food restaurants, counter-service restaurants (a restaurant where you order food at the register, and aren’t served), and coffee shops. These places typically have a “tip jar” at the cash register where it is optional to put some cash for the employees. Some Americans will put their change in these jars, though it’s not as expected as in a sit-down restaurant. 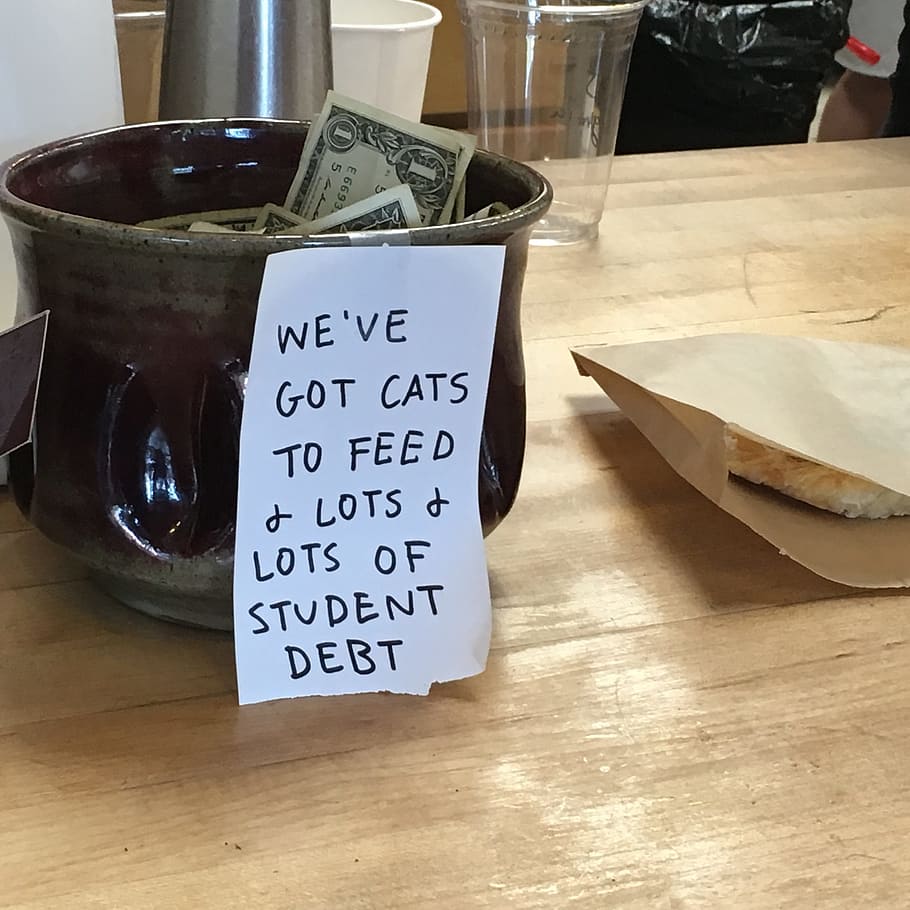 An example of a tip jar. Some establishments write clever messages to get customers to leave some money.
Overall, tipping rules in United States are fairly complex, but a very important part of American culture. It may feel overwhelming to always remember when and how much to tip, but after spending a week or two in the U.S., you’ll be an expert on tipping in no time!
Privacy policy
© Manhattan English 2021. All rights reserved.
Student portal
About
Price
Teachers
Business English
Blog
Contacts
MENU
CONTACTS
info@manhattanenglish.ru

Разработка сайта
Made on